Here is the definition and the visual (VISH-ee–aay-shun) and the audible pronunciations:

All of the national media report on the War on Drugs regularly. Lately there is a shifting of the sands. It is widely accepted that the war is failing. The question is what to do?

In 1998 – 15 years ago – there was a remarkable double-truck advertisement which you may have seen, but probably won’t remember. It followed along after the other full-page ads: Bloomingdale’s bras, Macy’s suits, Rolex watches, two self-congratulatory ads by Sprint, Continental Airlines touting frequent fliers, and then this quite remarkable one (here’s the headline as it appeared across two full pages of the Sunday New York Times):

ON DRUGS IS NOW

The accompanying letter and the more than 2000 signatures on the adjacent page, endorsed a scientific investigation of the actual results of the worldwide “war on drugs.” Here are a few excerpts from the letter: (It starts with the signers’ clearly stating their deep concerns about the threats drugs pose to children and call for everyone to work together intelligently to find solutions): Note: in the quote below, “drug industry” refers to the “illegal” drug industry.

Every year governments enact more punitive and costly drug control measures. Every day politicians endorse harsher new drug war strategies. What is the result? Drug Industry receipts topped $400 billion in 1997 and that represents almost ten percent of ALL international trade. Plus, the drug industry has empowered criminal organizations, corrupted governments at all levels, eroded national security, stimulated violence, and distorted both economic markets and moral values. These are the consequences not of drug use per se, but of decades of failed and futile drug war policies.”

The signers made the case that these “failed and futile” governmental drug war strategies:

The signers went on:

Persisting in our current policies will only result in more drug abuse, more empowerment of drug markets and criminals, and more disease and suffering.

They said that calling for new approaches should never be labeled “surrendering,” and they said that, “true surrender is when fear and inertia combine to shut off debate, suppress critical analysis, and dismiss all alternatives to current policies.”

The letter was addressed to the Secretary General of the United Nations as the UN began, that week, its once-a-decade review of all the policies on its books.

Basically, they were saying that the so-called War on Drugs has become the biggest human rights abuser in the world today, rampaging like an angry Godzilla through our schools, our societies, and through our individual lives. It is, to the signers of this letter, a monster out of control that must be stopped, and the sooner the better.

(At the bottom of the ad is the following small type: “This letter was coordinated by The Lindesmith Center. These names represent only a portion of the many who signed. If you wish to join in signing this letter, contact The Lindesmith Center, 400 W. 59th Street, New York, NY 10019 or fax 212-548-4670. For a complete list of signers, go to http://www.drugpolicy.org/. Titles and affiliations are for identification purposes only.”) 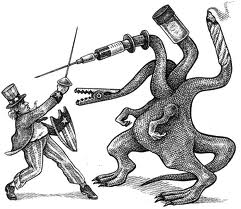 Drugs, signed by unassailable professionals from all over the world, went almost completely unnoticed. If you look at the monterous battle that still rages in cities of America and the feeder countries to the south, especially in Mexico, you must feel a regret that our country did not listen.

The idea of protecting children is often the siren call of the police state. Perhaps not in its original intent, but in this case the road to hell was absolutely paved in good intentions. Whether you favor the legalization of drugs or not, you certainly should favor the legalization of reasoned truth. There are truths that are difficult to understand and then there are truths that are staring down at us like … umm … Godzilla. Hard to miss.

Prohibition will work great injury to the cause of temperance. It is a species of intemperance within itself, for it goes beyond the bounds of reason in that it attempts to control a man’s appetite by legislation, and makes a crime out of things that are not crimes. A Prohibition law strikes a blow at the very principles upon which our government was founded.

Abraham Lincoln in a speech, December, 18 1840, to Illinois House of Representatives. (172 years ago)

We need a lot more vitiation in this country of things that don’t work. “When you are going down the wrong road,” the Turkish proverb says, “turn back.” After the billions and billions spent on this “war” which was lost a decade ago, it will take two things to end it: (1) courageous and honest leaders who will tell the truth, and (2) an informed voting population that, when it hears the truth, will trust the 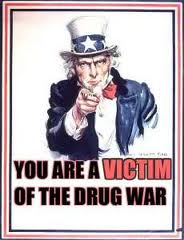 leader who said it. Even as I wrote that I started thinking of how filled with danger the word “truth” is. What if the speaker is lyingand misleading? What if the truth is a lie? What if the “voting population” believes it and supports a disaster like Germany in the 1930s? But then I went back and added the words “courageous and honest” and “informed.” I added definitional clarity with these extra word but the possibility of something like this actually happening telescoped exponentially further and further away with every added keystroke. It does seem hopeless, doesn’t it? 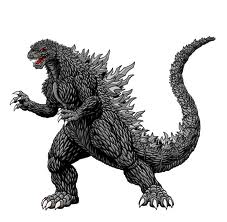 But intelligent and progressive individual, everyday vitiation against clearly wrong ideas, and their proclaimed morality, will help. “Progressive” meaning rejecting things that just don’t work. The so-called drug war is lost, but you and I are not lost yet.