This epic  saga begins in 2091 and takes the reader into a future of adventure, science and technology, and human events that spans thousands of years and brings humanity, through hope, inspiration, and terrifying trials of purpose and determination, to its final destiny. The story of Farson Uiost and, his sister, Karina Chamberlain, their love, their fearless devotion, their inspiring vision, and their selfless and daunting sacrifices for humanity’s ultimate success, creates a story like no other in the history of science fiction.

There is a world where humanity is finally free from suffering, where everything and everyone is in union. All the cravings, anger, and afflictions are behind us there, those conflicting dispositions of ignorance, greed, senseless aggression, and false assumptions about each other have evaporated leaving only a true sense of purpose and unity. It’s a world with a happy ending – as hard as that is to conceive of for most of you. It took a major alteration in reality. It took the ScreenMasters. Most of all, it took the one who was willing to gamble everything.

Looking back from that world, I am writing this for you. This is the first chronicle of the ScreenMasters. In another way though, it is also the final story of all that they were not and never could be. Think of the ScreenMasters who came to Earth as discoverers. They came here, like Columbus in the past, and found a savage people living in a savage world. They came in peace to solve a problem on their own worlds. In the end they were confronted with a terrible choice: them or us. 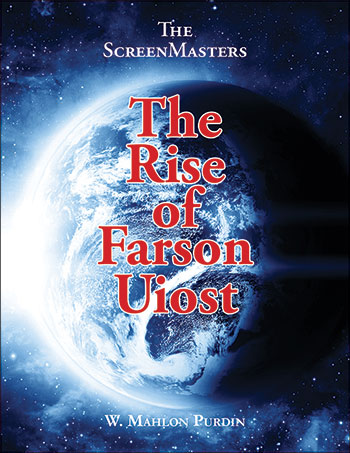 The ScreenMasters Volume One: The Rise of Farson Uiost is a story about a cataclysmic world event that reveals the deepest secrets of the origin and potential of the human race. In the beginning, there is the world we know today, and in the end there is the world we can only dream of. The difference between now and then is Farson Uiost and his sister, Karina. Their story of love and courage powers the destiny of billions. The history of human savagery and cruelty created a tear in The Screen around Earth that only Farson Uiost could solve. The only solution was the end of Earth’s history. Farson knew he could do it, but only with his sister at his side. Their story is one of desperate love, perhaps forbidden, and a destiny that neither could or would resist. Together, they faced The ScreenMasters’ overwhelming force and power, risking everything for an outcome that no one could predict. Their story should never have happened. But it did. 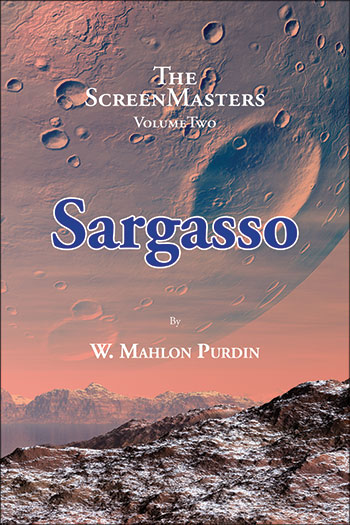 The ScreenMasters, Volume Two: Sargasso is the continuing story of the human race’s search for a safe refuge from the ravages of the ScreenMasters’ apocalypse. The secrets of the enormous Sargasso reveal a world of wonder and hope, and of exposure and escape. Farson and his sister, the crews of SkyKing and the Moon continue their exploration of an unknown future, face threats of extinction, and worlds and wonders that teach them and guide them through this volume’s adventures of love’s trials, friendship’s limitations, technology’s amazements, and hope’s thrall of persistence and infinite promise. Farson’s experiences in this volume continue his rise as the most important person in human history, and yet also teach him a humility that almost ends his career. Through time and space the reach of this volume will take the reader to places and events never experienced in science fiction before. This volume of the ScreenMaster Chronicles is the bridge from the past to a future of wonder and fulfillment. The exciting end of this volume will seem like the final chapter in the trilogy, but as the third and final volume will reveal, the best is yet to come.

Buy now in print, or as an ebook. 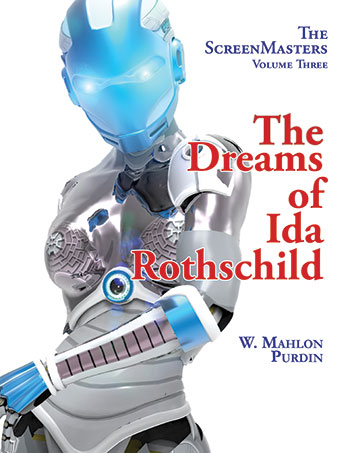 The ScreenMasters, Volume Three: The Dreams of Ida Rothschild completes the original trilogy with the final resolution of humanity’s journey and search for safety. It reveals the ultimate secrets of the ScreenMasters and Emerald Earth, and carefully unravels the stunning history and crowning truth of the ScreenKeeper robots and their amazing mission. A young girl’s horrific history of shocking abuse and of a life ruined underpins this volume’s plot and story. How could one so innocent and promising have her life crushed so mercilessly? How could such a waste ever be redeemed? Can a life destroyed somehow be reborn in new hope and purpose? This volume takes the reader from the distant past to the vast unimaginable future where Farson’s plans, Karina’s hopes, and the marvels of Emerald Earth all meet in a conclusion of wonder and unlimited possibility. Will the human race achieve its final destiny, overcome the power of the ScreenMasters, and finally be free?

Currently written, this 175.000 word volume is in the final editing phases. Available in late 2016. (Click here to be notified) 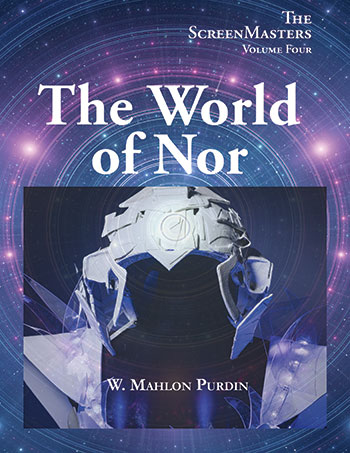 The ScreenMasters, Volume Four: The World of Nor extends the series into a new, exciting arena. The Emers, now secure and highly mobile, within and outside of Sargasso, are contacted by the mysterious Nor. New challenges, new worlds, new experiences all encompass humanity now at the pinnacle of its evolution, now with the six worlds growing, now with Essor, Aristealia, and the Geheinneons assisting as full partners, with the Moon and SkyKing still in their irreplaceable roles. All of the intelligence, experience and energies of our familiar, thrilling cast of characters is called into play as, together, they deal with a new threat from a distant race and the plea from another for assistance. The World of Nor is an adventure like none other in science fiction, taking the reader deeper into human nature’s secrets, into the revelations of other races’ abilities, and on into an exciting surprise conclusion.

(Coming in 2017, this volume is currently over 75,000 words, still in the writing phase. The author indicates this fourth book in the series will be over 150,000 words and, in an unpublished interview, was quoted as saying, “This one will be what readers of a continuing science fiction series really want it to be: exciting, entertaining, fulfilling, and inspiring. Writing this series has been the joy of my career. I can’t wait to see ‘The World of Nor’ published.”

W. Mahlon Purdin lives in Massachusetts with his wife, Joy Hooper Purdin. They have a grown daughter, Blythe.

He has written poetry, prose, and essays for many years. His eclectic career in advertising and copywriting has been nurtured by a wide variety of interests in extreme sports, music, and exploration.