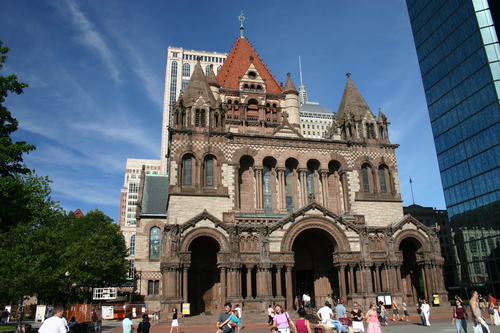 “Kids don’t see the world in the same way that adults do. They see a beautiful marble ledge as being a great thing to jump off of,” states Fran Edwards, director of Transworld Skateboard Magazine. And, how true it is.

Boston’s Trinity Church in Copley Square is world famous, that’s for sure. Is it the world renown choir? Is it the Tiffany stained-glass windows? Is it the 135-year-old spires that can be seen from Cambridge? Well, the church is all of those, but to a group of young people Trinity is holy grail of velvety smooth pavement. It’s the low, brown sandstone steps. It’s the wheelchair ramps and the long, sturdy metal railings. It’s the challenge of doing it all right in the middle of Boston.

“We’re just trying to skateboard and we get hassled,” they say, those reckless, young people on those crazy boards with wheels.

Skateboarding is one of the largest sports in America. It has its own clothing, language and music. And it has its own hazards. Road burns, broken limbs and head injuries as some of the hazards, but so is damage to municipal property and liability incumbent thereto, as the lawyers say. Skateboarding, like bicycling, running, in-line skating, motorcycles, cars, and you-name-it, does exact its own wear and tear on public property. The skateboarder’s “natural terrain” involves standout structures and public places meant for something else. But, like everyone else, skateboarders utilize what’s available.

The Trinity Church is an amazingly ideal “natural” terrain for skateboarding. (Meaning not fenced in.) The well-planned and paved streets of Newport, Rhode Island are another. The steps at the Boston Public Library are awesome and irresistible, as are the steps of the government buildings in Washington, D.C. and the unbelievably awesome, Montpelier, Vermont, another skateboarding magnet destination.

Of the 300 private skateboard parks that opened around the country, all but two are closed due fear of personal injury suits. So skateboarding is being pushed back into the streets and parks more and more. Public skateboard parks are on the rise, as a defense (still rare though), even while many towns have tried to ban skateboarding from their streets.

Trying to control skateboarders has been compared to “organizing earthworms.” Skateboarders like to do their thing in public areas, and the sport can draw a crowd. “The girls really like it.” said one skareboarder, smiling broadly and nodding his head, others nearby joining in.

As these kids grow up, most of them abandon the skateboard for cars and girls. (“It’s hard to make out in the back seat of a skateboard.”) But not all; adult skateboarding is on the rise.

Some states have passed laws exempting municipalities from ever present threat of law suits. The skateboarders’ mecca is of course and predictably California.

With all of the bruises, broken bones, head injuries, broken fingers and road burned skin, many states are starting to treat the sport as a “at your own risk” activity like surfing, skydiving, and spelunking. It just keeps growing anyway.

Not everyone looks at the world exactly as you do, as we said.

When you find yourself so busy telling everyone how things really are, remember that little piece of information. Would you analzye the risk/reward of taking your board down a forty-step flight of hard granite stairs, as fast as you can, for sheer enjoyment of it? And then do it. Could you muster up the courage to do it over and over, despite falls and bruises, just for the rush of adrenalin, the senseless laughter, and the sheer joy of doing something like that?

Or are you more like that guy over there, coming out of the church’s front door after a service, slowly walking down those same steps, cautious and careful? Are you already in the deep, safe folds of step-by-step maturity?

You may still walk down the stairs carefully holding the rail. But as the sun comes up over those church spires and slowly warm your face, a new, mischievous smile may be seen. A new thought may be forming.

It’s a step in the right direction. 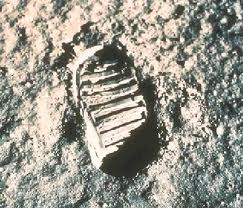