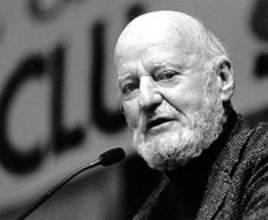 He is not an ordinary American poet, but rather, he is an extraordinary one.

At The Golden Gate

A single plover far at sea
wings across the horizon 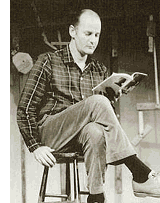 Of course and unfortunately, in many ways he has been overlooked. But the savvy mayor of San Francisco, Willie Brown, who, surpisingly, Lawrence trusted, nominated and the state legislature elected Ferlinghetti San Francisco’s Poet Laureate in 1998. “It was time,” said the Mayor, offering nothing beyond that brief comment. 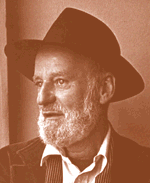 Shortly after his birth on March 24, 1919, his mother was committed to an asylum for the insane and the young boy was sent to France to be raised by a relative. He didn’t begin learning English until he was five years old. He wrote his first poems in the early 1920’s. He was an Eagle Scout and joined a New York street gag, The Parkway Road Pirates,” resulting inn his arrest for pettytheft. A gift of Baudelair poems inspired him in literature, in his youth. In the U.S. Navy in World War II as a ship’s commander, he took part in the Normandy Invasion and was sent to Nagasaki, Japan six weeks after the city was destroyed by the world’s second and last wartime atomic bomb. After the war, using the GI Bill, he attended the University of North Carolona, He received a Master’s degree from Columbia University and ultimately earned his doctorate in poetry at the Sornonne in Paris with a dissertation entitled, “The City as Symbol in Modern Poetry: In search of a Metropolitan Tradition.” Ferlinghetti became the discoverer of “The Beat Generation.” 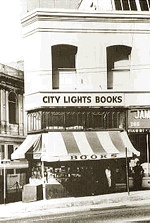 The City Lights Bookstore, which he founded with Peter Martin, and named after a Charlie Chaplin movie, became one of the most famous bookstores in the world, and still stands proudly in its original location today. His legal victory against obscenity charges for publishing Allen Ginsberg’s “Howl,” was landmark for free speech. His rustic cabin in Bixby Canyon became the focal point of Jack Kerouac’s 1962 novel, “Big sur.”

Lawrence Ferlinghetti has written poetry, translation, fiction, theater, art criticism, film narration, and essays and has in his later years become well-known as a painter. His work has been shown at various galleries around the world, from the Butler Museum of American Painting to Il Palazzo delle Esposizioni in Rome.

His simple images of a penny candy store under the subway, or a pretty woman letting a stocking drop, haunt and fascinate poetry lovers endlessly. He is considered one of the great American modern poets and no anthology is complete without him. 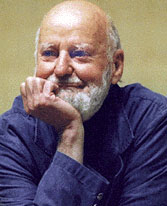 Ferlinghetti was a contemporary of Rexroth, Ginsberg, Kerouac. In fact, it was his book store, City Lights, where they met and gathered together, distilling and discarding ideas. Poets still go there, today. He still works in the store and he is still publishing and writing today. His, “Coney Island of the Mind,” became one of the most popular collections of poems of the 1960s and 1970s, and there over 1 million copies in print..

Ferlinghetti, at the time of his elevation, was asked about poetry in America. Referring to the prolific rappers, he described it as “much more violent, much more alienated that the Beats ever were.”

“These are the most materialistic, militaristic, avaricious times today. There is more of a need for Beat ideas, non-materialism, spiritual values, being free as an individual.”

And, from his wonderful, “Coney Island Of The Mind,” here is the poem which headlines the book:

Coney Island Of The Mind

They are the same people
only further from home
on freeways fifty lanes wide
on a concrete continent
spaced with bland billboards
illustrating imbecile illusions of happiness
The scene shows fewer tumbrils
but more maimed citizens
in painted cars
and they have strange license plates
and engines
that devour America. 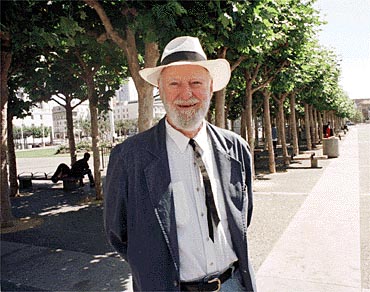 Here is one of his most recently published poems:

And no one speaks

And no one speaks

The one thing that poetry does, and this is one of its many majesties, it isolates you from all of that, it quiets you from all of the things that Ferlinghetti is speaking about in the above poems. It shows you where you can fit in, and it tunnels up a flashlight that shows you to your seat, or shows you to the door. Poetry makes you choose something, everything. You get to decide. 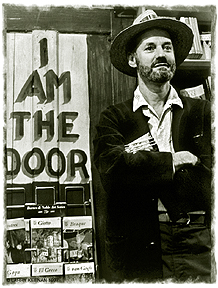 Just as in poetry reading, we all have choices of what to think about. We can spend our days thinking about presidential politics, the neighbors’ seal of approval, what fashion dictates, the Wall Street debaunchery, the weather (there is always the weather), where to go on our next vacation, sports, or we can spend some time thinking about poetry: Yeats, Lindsay, D.H. Lawrence, A.E. Housman and, yes, Lawrence Feringhetti.

Which just goes to show you. Some choices are easier than others.