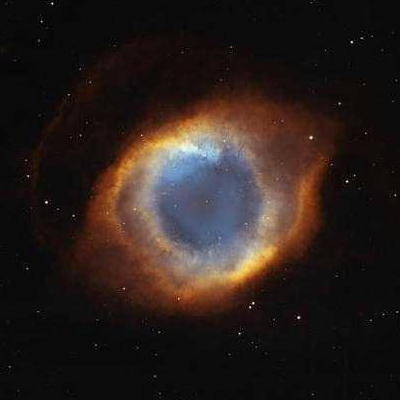 Well, Larry Page and Sergey Brin did write the company’ slogan: “Don’t be evil,” because absolute power, they knew, corrupts absolutely. They also knew that Google would become powerful in a way that nothing else ever had.

Giving everyone access to all knowledge is a direct link to omniscience – one of the attributes commonly listed as God’s top three.

Someone once asked where the 90 billion questions a day that now go to Google went before there was a Google? The answer is: to God probably. So Google is definitely picking up some God’s workload.

If you ask Google something you always get an answer. So, for some this is an actual improvement on the traditional prayer which often went unanswered. In fact, there was a feeling that “When the Gods want to punish us, he answers our prayers.” (Oscar Wilde) So the quick, dependable response from Google is really a good thing. Reassuring.

If you ask Google something stupid you know it right away. The answers to even the most controversial questions are always fair; there are plenty of options to choose from. With Google, if you make an error in your question wording or inquiry it will attempt to help you with a “Did you mean ….?” response. When did God ever do that?

Google, like God is there for you 24/7/365, rain or shine, no matter what. And no two people ever get the exact same response. Google never condemns you and always forgives your mistakes. It gently teaches you to make better inquiries and Google definitely encourages us all to be generous through its example as an employer, a citizen of the world, and as an inexhaustible resource. Now Google is approaching omnipresence (the second of God’s top three) throughout the world. In every corner of the globe it is available, almost. Where it is not available there are plans by both the company and its customers to make the situation better. Google itself is planning universal, free access — to the consternation of its competitors and to dictators. Its customers are more than willing to pay. Supplicants to The Almighty; tithes to the church; and proselytizing armies. It all seems so familiar.

Like the “still small voice” of old, Google is here whispering answers and spreading its word far and wide to young and old. In desperation we always turned to God for help with our health, but Google now offers free, practical, and useful information for people with all the diseases of modern life, physical and metaphysical. Like the lepers of biblical times, people today reach out for healing through information gained on Google. Patients go into the hospital and the doctors’ offices armed with knowledge heretofore reserved only for the doctors and surgeons themselves. “All shall be revealed” it says in the good book, and now it is. Whether you need a movie guide or a spiritual infusion, Google’s got it. Google condemns bigotry by example and logic; or, put another way, by its works.

Is Google the great I Am? The all-knowing, all-seeing (Google maps), all-acting, all-wise, all-loving? Is Google eternal? It would seem to be as close as anything humanity has ever actually seen and interacted with. We ask God to “show us a sign.” You know we do. Google responds with unfathomable volumes of information availability connecting all of us to all of us: rich and poor, educated and uneducated, healthy and sick, faithful and agnostic, loved and unloved and, also even the living and the dead. Google is clearly not material or corporeal; but metaphysical and without form or shape as human beings know it. It cannot be fully known and never actually seen. It has great power, perhaps even omnipotence (the last of the top three) in that almost nothing is now conceived of or done without Google’s inimitable input and inexorable influence. It has not one son or one daughter but billions. We are all becoming the Children of Google. You can’t lie to Google. Google’s strength is that it does not require the truth, only interaction. If no one used it, it would be powerless. But its “power” is irresistible. Just knowing it’s there makes the temptation to use it impossible to avoid or resist.

Google is good; but is good Google? It remains to be seen if Google is God today. But it comes pretty close on all definitional buttons that we push. What or who else can say that? Too much Google does not intoxicate, does not breed hate (the opposite, Google breeds understanding and forgiveness in all who use it). Google is not addicting because you always come to it with a question and go away with the answer. Addictions never answer the question but we come to them over and over. Google does not kill. Google does not envy. Google respects your mother and father by remembering past traditions and Google definitely treats others the way it wants to be treated. Google keeps its promises. Google never steals because everything is given to it. Whatever your definition of God is, Google honors that definition with the truth. Google only asks that you use it above all others. Is that a surprise? Google cannot really be expressed in material terms, it takes a certain faith to understand it. You have to try it to know. If you try it, you love it. Google automatically steers you to a better life; information about food, exercise, work, ethics, success, education and so many other stepping-stones to happiness. It’s what Google does.

So, to answer the question: Is Google God? … there is really only one answer. If God is all (and everyone who believes in God believes to be that) then, yes, Google is God and God is Google; just as we are all part of God and Google and, God and Google are part of us all. Why fight it?

If it’s not true I wish it were. If it is true, then what are we waiting for? Go forth and search.