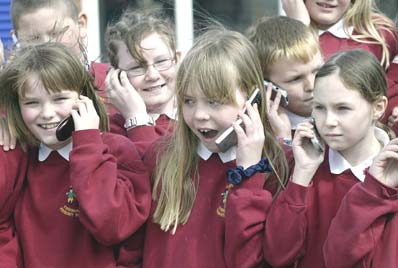 They seem to be alive, but it’s more complicated than that. They seem to be human, but these are not your grandfather’s children, that’s for sure. They have grown up plugged in. They have grown up accessing an information network so vast that if you take everything everyone who ever lived ever knew up to the point at which these kids started plugging in, it would’t even reach up to the intellectual knees of this generation. They really do know everything.

They sit in expensive classrooms in the nation’s best colleges and listen to music, while texting constantly with friends, while surfing their Internet with a stream of pseudo-consciousness that may include, tangentially, the content of the course they are sitting in and their parents are paying for … or maybe not.

They routinely navigate among the rocks and shoals of success and failure,negotiating success with their educators, parents, friends and their entire, complex network of (for want of a better word) “associates.” Friendship, love, work, learning, play, and sex are all redefined, not with a 60s-style revolution, but in a sudden, universal acceptance of a blending of technology and human nature that has left everyone else outside looking in. In some ephocal way, while we were not looking – almost like losing a child in a department store – we have lost them all and there is no going back now. The technosphere which they inhabit by the millions and millions is beyond our reach. They look up and nod, or confront us with the belligerence of being “smarter” than us, and then resubmerge into the virtual world where their chronological age, their lack of experience, their disdain of their version of illegal aliens (adults) are all essential elements of their strength n numbers and their unassailable independence from actually facing reality. 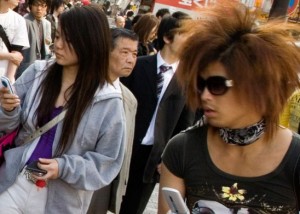 Welcome to the children of the web. This generation has warped into a secret adulthood where no generation has gone before. They are writing the history and the context of the future themselves, perhaps like the monkey banging away at a typewriter who eventually writes a coincidental novel. They are the new version of runaways. This generation has turned its back on tradition without fanfare or dramatic argument. In true Nike form, they just did it.

The youngest of this Generationweb, is now approaching their senior year in college. What happens next will be very little different. Like a clean car emerging from the automatic carwash, these newly minted graduates will face the traditional theory-vs.-reality reality: they will now have to do something on their own. The pressures of not wanting to go home again, and not wanted to be coming home again, places them firmly on the path to … to … what?

In their world of remote contact: Internet, Facebook, texting where even the slightly more intimate connection of a phone call is shunned as “so yesterday,” (they won’t leave voicemails, either) there is a premium on not having eye contact or actual contact, especially outside their personal circle. Social networking teaches a closed system of interaction. You are either a friend or you are out. All arrangements are made ahead of time, removing some of the risk of face-to-face contact. Meeting with actual people is negotiated: terms settled ahead of time. One of the characteristics of this generation is that when things don’t go as planned they bolt. Eye contact is not all that common, and to be avoided, except with one’s accepted intimates. The break ups in this arrangement can be incendiary and permanent. Burning bridges is required and routine. To be cut off from your circle is a form of death. Suicides are up. Bullying is a major problem. If you break the rules, it can be unforgivable and devastating. Employment-ready for the real world these young people are not. They have lived in a rarified world of exclusiveness. Not as in rich and exclusive, but as in small and exclusive. Because of the intensely-focused nature of a 5,000 text-a-month existence, these people live in tight-knit, highly-interactive and same-minded world of their own. It is very similar to any societal group based on separation from unlikes: racists, cultists, religious fanatics, political extremists, supremacists, and revolutionaries. All of these groups live and have lived in similarly organized existences. But these are our children, right? But do they have our values? Maybe. If they do, those values have not been tested, tried, and forged in lives with lessons like ours were. No, this is a whole new breed leaving the pasture. They know more facts than we did, but they know far less life than we did at their age. They know what sex is and yet they not know what love is and what love is not. They know technology but do they know what it really is and how it is actually going to fit in their adult lives? Do they understand family? Country? Community? Maybe, but not the way these concepts have been understood traditionally. Their lives are so tied to “friends” that the leftover room is constricted like a overstuffed storage closet full of things to someday be concerned with when you need them. The disuse of important life tools is a problem that will overcome them in that next phase after 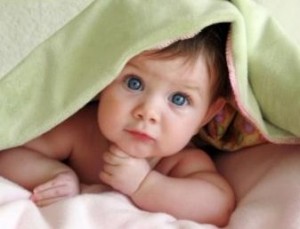 college graduation when the real issues and decisions of real life impinge without digital pre-warnings and without pre-nogitations.

It’s ironic that the Facebook generation actually shuns face time and eye-contact. Casual interaction and chance meetings with people they don’t already know … where, they say, is that going to get them 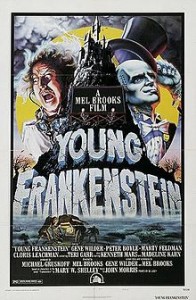 ? The crux of the issue is the stenotic nature of the visual canal they are navigating on the way to the ocean of the rest of their life. They come forth as though spelunkers from the dark abyss, blinking in disbelief at the riotous colors and vast expanse before them. Unequipped will they bolt, as is their custom, or will they adjust? Will they return to that overstuffed closet of irrelevant skills and dig around in there?

What will they do when they realize their self-deception? Will they attempt to expand their virtual cocoon into this much larger circle, like an alien species building its own environment? What will they do with the world as it is? There have been many philosophies in the past that, when confronted with reality, chose to redefine it: the history of the world is written in the blood of those square pegs being shoved into humanity’s round holes. Or will this generation adroitly adapt, taking the best of their world into the world that is?

This is like a slow speed car chase or like watching the inexorable Tsunami from a safe and distant hillside. They are moving into every nook and cranny of our world. They are bringing it all with them. What they have learned. What we have taught them. The most interconnected,technological, and isolated generation in the history of mankind. In some ways they are like precious babies. In some ways they are like young frankensteins plodding awkwardly forward in total ignorance of their monstrosity.

Anyway, here they come, ready or not.